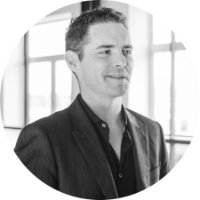 I first became aware of Alan Brannigan’s work a year and half ago. At the time, his business was called Vigil Monitoring. Late last year, the company rebranded as Jupl.

The company has been growing extremely fast this past year. After the successful launch of their Samsung Jupl watch at Cisco Jasper’s Mobile World Congress in March, they’re now expanding outside of their original market of New Zealand into the Australian market.

I’ve learned a lot from our interview. In it, you’ll hear about:

You can listen to the full interview below:

Alan Brannigan (AB): We came at it very much from a device perspective first; maybe that was my failing given my background as an electrical engineer. We knew it was meant to be a cloud platform, but it was hard at the time because in the healthcare and tele-care there’s quite a lot of standards that you have to adhere to. So even the gateway, the box that has to collect all that stuff in the home, there was nothing off the shelf that we could see that could do everything we wanted to do and also comply to these standards. So, we actually had to build it and we probably went a little overboard with that.

One of the big learnings is that we were taking feedback from our customers which were these enterprise organizations, expecting that they knew what they wanted. And not realizing that, we’re B2B2C, we actually have to go to their customers, the end users and figure this stuff out because these enterprises, they don’t know anything about Lean Startup.

We had assumed that the specifications they were giving us were what was actually required, and moving in, it wasn’t. So, about a year in, we reset everything. We ditched the whole idea of building the wearable, but we still had to build the box.

On that journey, we came to the realization that our customers’ customers were in two part. There’s the end-user, who in this case would be the elderly person, and then there’s two groups of carers. There’s family members who for the most part are children. And then you’ve got your professional carer which might be a registered nurse, a GP or community care service provider. And so, what was the benefit for them?

It’s very, very hard to get continuous funding and make that work with the ever-eroding cuts to the health sector. And so, we were looking at what’s a sustainable model we can build this off, not only for us but also for our customers. So, we’ve actually started in that private payer sector. The children are paying for the most part, they just subscribe for these services, there’s 24-hour call center monitoring if Mom and Dad need assistance, they push a button or there’s some sort of alert generated. So, we really locked in on that. What’s in it for the carer? Or what’s in it for the child or family member?

We really did a lot of experiments and interviews around what a carer would want and we landed on that. And then bringing it back into the enterprise, we then had to provide an evidence-base to various stakeholders within those companies to show that actually this is what the industry wants and this is the price point, etc.

EG: How did you go about motivating all these people to work towards the same objectives that you guys were trying to achieve?

AB: We’re starting to learn now that the one who controls the balance sheet from the business is the one you need to win over really. And also, the one who’s in charge of implementing the IT systems. And so, you have to tick the boxes from a data safety and security perspective and also provide a strong business sense. So, it’s a typical group of 5-6 people you’ve got to win over and I think a lot of what I do now is very much commercial and critical lobbying within those organizations to get them over the line.

EG: Ok, so in that case if I’m understanding well, the bar for creating the whole solution is actually quite high. There seems to be a lot of things you guys have to build just to be considered as a possible vendor by these organizations?

AB: We’re involved in the startup community here in New Zealand and people who are developing apps very much B2C-focused, they don’t see what we do as particularly Lean. But in the world of enterprise, it is. There’s an education process where our design team who are focusing on the B2C are actually working with the product team and the marketing team within those organizations to teach them how to iterate. There’s a big education part. And there’s a willingness for them to get there – a lot of these organizations recognize they need to change.

EG: What brought you to Lean Startup in general if you’re operating in a world where that’s traditionally not been the norm?

AB: This is where I came across your book. Because we naively came in and said we’re gonna disrupt this industry and we’re going to do it in our own style and fashion. I had worked in B2B and very much in an electronics background that provide OER technologies into aircrafts. I recognized that we need to help clients in different ways so I was looking at all sorts of education avenues. And Lean B2B did seem to be a good fit, I gave your book to a number of the stakeholders within the company we were working with.

EG: What value did you get from reading Lean B2B?

AB: I think it was really just breaking it down and recognizing that there would be longer cycles. I need to iterate the business model with the CFO or the balance sheet owner, as much as I do with the marketing team. Recognizing that the system that they have is currently depreciating to zero and so what’s the compelling reason for them to change as much as the person who is excited about the new service and problem they can solve for their customer.

I gave them the book and said this is actually how we’re going to go about it. It helped me articulate to them what we’re trying to do rather than just coming in as a fluffy startup that was gonna throw every buzz word at them. It took it from a different approach completely.

EG: In a way, you were able to position yourself really as a partner in their success and walk them through the process to get them to adopt the solution?

AB: Yeah and I think by running them through it, it showed them that we were familiar with the issues that they were facing as much as just what overall the solution could provide for their business. And one of the recurring things, particularly with the champion that you get who is more often than not the person in the transformation business. You need to provide me with a collateral that I can sell this with within my own organization.

And once we did that, the CFO really just wants the numbers and you can make the numbers work if you got that guy over the line. The worst thing that you can do is go over them – if I learned anything is don’t go to the CEO. I’ve been introduced at the chairman and CEO level – that would have then a project killed because I didn’t work with the executive team who are ultimately responsible for delivering the project. A CIO killed it in one company and I had the head of independent living on a national scale kill it. It was a done deal at board level and CEO level, but then I got them off the side.

EG: Looking at that after 4.5 years, how would you approach the validation process differently if you could start over again today?

AB: I would spend more time with those coffees and pastries with the team before I even wrote one line of code or did anything. And just make sure we got all that right, make sure that they understand what the organization is trying to achieve. There might be one group within that business that has understood, but they’ve got to get other people over the line. That they also understand that we’re not going to deliver a final product in one go for a release. So, I would just spend more time doing that and really understanding the commercial and political nuances within an organization. You really got to understand the relationships between these people. Who doesn’t like who, who got passed over on that promotion from the other person. All that stuff’s relevant – ultimately people are people and we all have our biases and strengths and weaknesses.

EG: What advice would you give to new entrepreneurs starting in B2B today?

AB: I would say first understand the cadence of the industry you’re in. It just might not be the industry or the world you’re currently in. And understand that the scale or the inertia that’s required to overcome within the company that you’re selling to. And it might be that you’re selling into small or medium enterprises and that’s fine. Or it might be you’re selling into Blue Chip or Forbes 500 organizations. And if you’re transparent about… and that’s the other thing, just don’t bullshit anybody. You don’t have to share how weak your balance sheet is, but you explain the issues you’re facing and demonstrate that you understand the issues that they’re facing and usually there’ll be a way forward.

EG: So, in a way it’s building that trust relationship with your stakeholders?

AB: Yeah, absolutely. If you break that, you’re done. Cause you do need all those stakeholders over, and they all have their own reasons.

EG: Thank you for your time.

AB: Alright! Thank you for the book, it really helped.