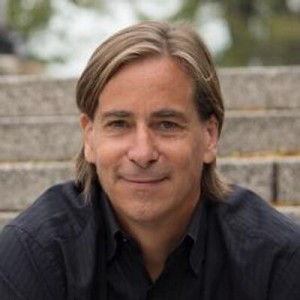 This is the second part of my interview with the New York Times bestselling author of The Lean Entrepreneur, Brant Cooper. Brant was a key contributor to Lean B2B: Build Products Businesses Want.

You can read the first part of the interview here.

EG: How do you motivate early adopters to work with you initially?

Brant Cooper (BC): Well, I think, in the B2B world, it really is about solving people’s problems and it’s the high level problems. So, it’s easy for entrepreneurs to sit around and dream up that this target market has a problem. But if that problem is second, third, fourth on that individual’s list of problems, that’s going to be a tough sale. So, the first thing you’re trying to do is to uncover what the top problem is, and the moment that you’re talking about a person’s problems, they’re happy. If you’re there to solve that person’s problem, then they’re willing to have the conversation. That’s how you get them to help.

EG: Do you think problem validation is a two-part process? Do you need to do two sets of problem interviews? One to discover and then one to validate?

BC: I like to say that, if during the first conversation that you have with a potential customer you do not mention your solution, then that’s a successful conversation because you must have been talking about their problem then.

I was talking to an entrepreneur just yesterday at the Startup Fest (note: we met at the event) and he’s actually in the recruiting space, and he was talking to this – he knows, or at least he says he knows, not to talk about the solution, but I was asking him, “Well, what questions were you asking,” and he said, “I was talking about the problem and he said, you know, well, what do you think of this or something like that.” See, you’re talking about the solution. Immediately entrepreneurs want to go to the solution, but if you set the context that you’re talking about your product, then the customer is completely separated from their job and where they’re running into these issues that might be solvable.

Now their context is inside this product. Oh yeah, that feature might be nice. Oh yeah, maybe. If you added this, this would be cool. But the context isn’t even around whether this person is considering that product to solve a problem. They’re helping the entrepreneur add features to his product. Oh yeah, great. It’s not oh, it’s not for me.

EG: In their book, Lean Analytics, Ben Yoskovitz and Alistair Croll talk about the importance of picking a problem that people are already trying to solve. How important do you think that is?

BC: Well, it’s a classic definition of an early adopter. So, again, if you actually have to go convince somebody that they have a problem, you have a marketing problem and it takes millions of dollars. I don’t know if you remember back in the 2000s – I don’t know how old you are. McAfee was doing a lot of anti-virus advertising, and it was all over the TV sports programs. They did this huge push. And the picture that they had of the guy that was trying to attack your network and trying to attack your home computer was, you know, sort of this really ridiculously funny, stereotypical punk rocker, hacker dude.

And so, that was an advertising. A multi-million-dollar advertising campaign, trying to scare people into believing that a hacker was stealing their or trying to get to their data. So, they’re trying to convince the customer that they have a problem in order to get them to buy. So, if you get to that point that that’s actually – your only potential is when you have millions of dollars to spend on marketing campaigns and it’s usually because you’ve already tapped out all of the market segments that you didn’t need to convince.

EG: Great. How do you find early adopters?

BC: Well, (a) they might not exist. Right? So, they just exist in your brain. It’s important to understand that it’s not a personality type. So, we get lost, especially in the tech scene. People go, and I think it’s probably because of Gladwell, right, the tipping point stuff. People have confused early adopters with one of his archetypes who are the people who spread news. I don’t remember what you called that one (answer: connectors), but basically people then go: “Oh, there’s early adopters. People who are early adopters and get the new iPhone are the same people that are going to go and try the hip new coffee shop,” and that’s not true.

So, IT manager of a medium-sized business and a CIO of a fortune five hundred company both have network security problems, but they won’t look to each other to see how each other are solving that problem because they’re not in the same market segment. A CIO would never look at an IT manager and go: “Oh God, how is he solving this problem?” He needs to look at his peers to figure out how, you know, this woman CIO is solving it over here in this financial services company. So, that’s what creates a market segment.

Inside that market segment then you have your early adopters, and you can almost think of your early adopters as its own market segment, but you want to make sure they’ve got the shared pain or passion. And so, it’s hard, right? I mean that is the art of entrepreneurship, is finding those people, but you know, the great world of social media and LinkedIn. I mean go look at your network and see how many people you’re connected with just two hops away. I mean that certainly tells you that if early adopters in your market segment exist, they’re in your network, and so you just have to hustle to go find them.

And it’s, you know, standard questions. You know, when you’re meeting with somebody, do they have this problem? If the answer is no, then you ask them: “Well, who else do you think I should be talking to? And can you give me a couple names or introductions?” So, you’re always looking for more people to talk to. Then, as you start finding these people that yeah, it seems like they have this problem, then you try to put them into buckets. You know, okay, this person is in a financial services company and this person is in healthcare, but could they potentially actually be in the same market segment because they share the same problem? So, don’t think about it in terms of verticals immediately. Think about it in terms of, you know, are you solving a problem with one piece of technology that they both would go: “Oh yeah, you know, this is working for me.”

But yeah, I really think it’s just hustle. Go out and just start talking to people. Buy them coffees, buy them lunches, and learn who these people are that are already trying to solve this problem and the problem is deeply felt.

EG: So, you use the people you meet to qualify other people that might be early adopters?

BC: Yeah, using your network.

EG: Okay. So, say you’re able to find 25 early adopters. Is there a way to qualify which ones you should speak with first?

BC: The ones who are most passionate.

EG: Okay, so it’s always about pain and passion? Is there a way to measure the intensity of pain to separate the nice to have problems and pet problems?

BC: Well, I think in the conversation, you should be able to pick up on how passionately they talk about it, so really what you’re looking for is it’s an emotional impact. I mean and you can ask them questions. Well, what’s the impact on you for not having this problem solved? And you dig until you get an emotional impact. You want that person to say, “Listen, my job is at risk if I don’t solve this problem.” Somebody says something like that to you. You know you’ve hit it pretty deep.

If somebody says, “Yeah, listen. I have a budget problem, so this is going to save me some money,” you know, that one sounds a little bit soft to me because there’s maybe a bunch of different places where this guy might be able to save money, so are you really hitting where, you know, a deep enough impact? Now, if you can save this person, you know, huge chunks of money, then, but again, you test that. Like well, what is sort of the level of impact I can have on your budget that would really move the needle for you, that would really make you turn things around? He goes: “Well, if you could do this,” I mean – so, you’re getting these nuggets where you’re giving gold there, right, where you’re being told what you have to achieve to be able to make this person a hero. You’re trying to make that person a hero.

In the B2B world, you can show a massive return on investment for somebody, but they’re not going to buy it because you haven’t hit this emotional impact.