Robert Scoble running out screaming of the Apple Store with the first iPad? Or the hundreds of people that line up to buy an iPhone on the day of its release? 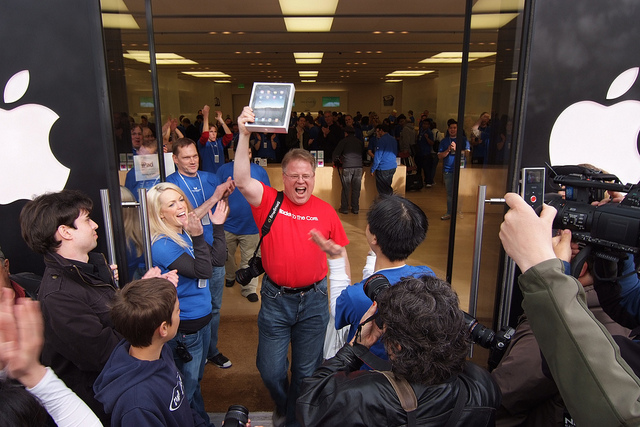 What is An Early adopter?

Well… you’re not wrong, but they’re not always this… flamboyant… Especially in B2B where early adopters are often hidden within the ranks.

We can typically recognize early adopters by these signs:

Successful Kickstarter campaigns are supported by hoards of early adopters, pre-paying to solve a “problem” they’re excited to share about.

Early adopters are market and solution specific. They’re not a personality type.

How’s that for an early adopter definition?

As a personal example, I signed up for dozens of very early data analysis tools when I was in charge of customer engagement at LANDR Audio. Most of these tools were just starting out. Yet, I didn’t own a smartphone until 2012 or so…

How the Early Adopter Profile Behaves as Customers

Early adopters are crucial in B2B. They’re willing to take risks because they see the strategic opportunities and possible returns of new technology.

They’re challenging to work with and hard to please, but they can, if made successful, give startups their first big breaks.

It’s not uncommon to receive tons of unsolicited high-quality feedback from early adopters. They want your solution to succeed. They force you to iterate until it gives them the strategic “win” they seek. In return, they tell the early majority about your product. 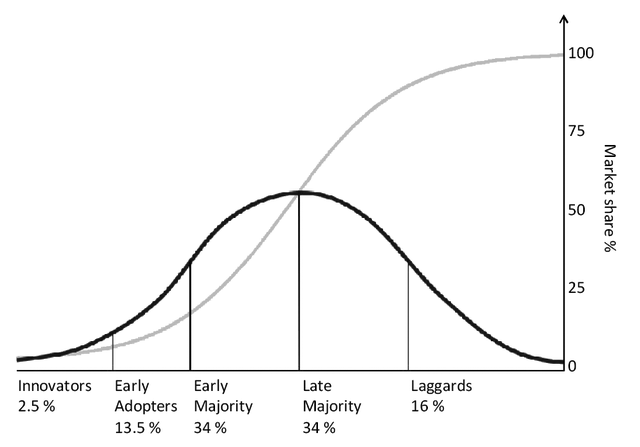 Everett Rogers, creator of the technology adoption curve, estimates that early adopters – innovators included – represent, at most, 16% of the market. If you don’t cross the chasm, your entire customer base will be within that 16%.

That’s why entrepreneur and author Steve Blank says founders should care about “earlyvangelists” – early adopters with the visibility and influence to bring your solution to the attention of the early majority.

The best early adopters have the problem you’re trying to solve, they know they have that problem, they’re actively seeking a solution and they have enough influence to amplify word-of-mouth.

How to Spot Prospects that Match Your Early Adopter Profile

To spot them, it’s best to start with the end in mind. You find your early adopters by looking for the signal that they’re seeking a solution.

To do that, you need to understand where they go to learn, complain, exchange ideas, leave/read reviews and ask questions.

You can find those signals on:

Needs are everywhere if you’re willing to listen.

Now that we have a clearer picture of what an early adopter profile looks like, let’s move on to contacting them.